Phoenix’s Pizzeria Bianco Does Not Disappoint

Rewind to four years ago, when I was living in Park Slope, Brooklyn and frequenting South Brooklyn Pizza. I interviewed Jacques, the pizza maker there, and talked shop with him as he raved about what he called the “best pizza in the U.S.”

It came from Pizzeria Bianco in Phoenix, he said. Read my 2011 blog post for a poorly edited video interview with Jacques as he describes Chris Bianco as one of the best pizza makers in the world. He even tried to contact him to go work for him. Chef Bianco won the Best Chef in the Southwest Award in 2003 (the only pizza chef to win a regional award) and has made quite the name for himself as an artisan pizza maker. He was even named one of six chefs who changed pizza by Zagat.

So last week when I found out I’d be traveling to Phoenix for work and doing a media segment I plotted my afternoon knowing it would end with an Uber from Pizzeria Bianco to the airport. Four words: Best work assignment, ever.

After shooting at Arizona Midday, I headed through Heritage Square for a rewarding pizza lunch. The 104-degree September temperature couldn’t stop me.  At the end of the square I spotted Pizzeria Bianco, located in an old Baird machine house dating back to 1929. It was exactly what I always pictured from the outside. My experience inside and the pizza itself was a complete and pleasant surprise.

I was greeted by an inviting bartender Dave who offered me a seat just about anywhere. At least that was before the restaurant completely filled up, right around 11:30 am. The menu was thankfully not overwhelming, with just six pizzas to choose from, all 11 inches, and Dave assured me they were all delicious. His personal favorites? The Wiseguy (wood-roasted onion, house smoked mozzarella, fennel sausage) and the Sonny Boy (tomato Sauce, fresh mozzarella, salami, olives) but I decided to be boring. I opted for a classic Margherita with fresh mozzarella. Don’t worry by the way, you can do half-and-half if you can’t decide. And if you think 11 inches is too much pie for one person, think again. I ate the entire thing and slowed my pace once I got down to two slices just to extend the experience. 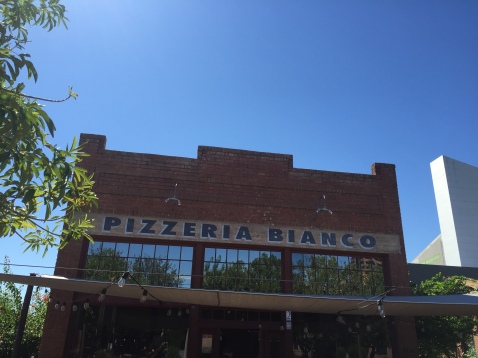 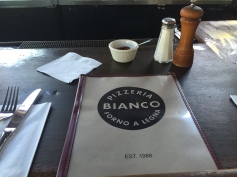 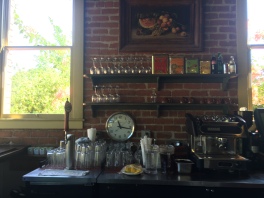 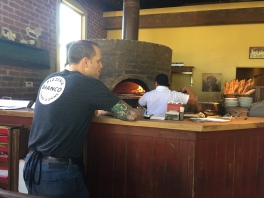 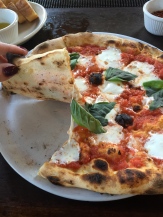 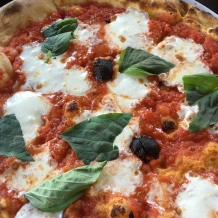 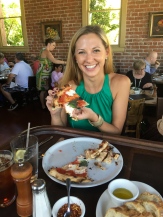 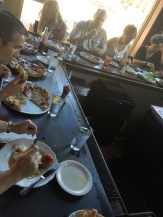 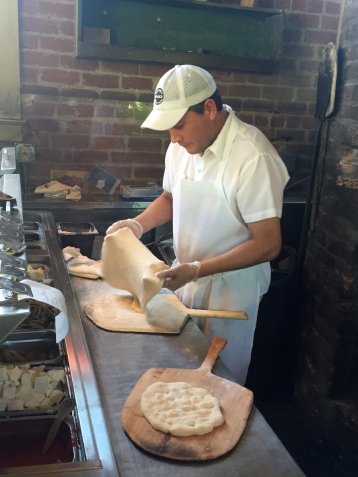 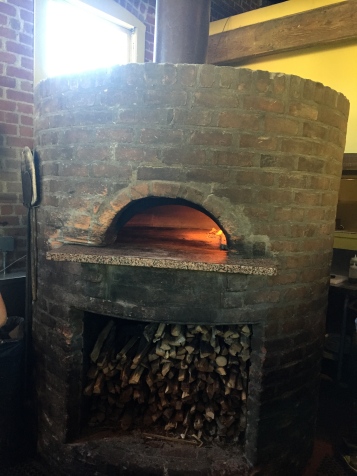 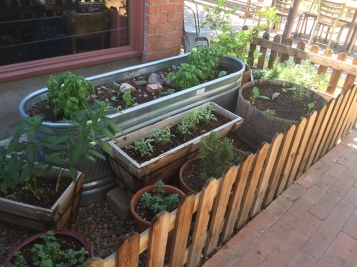 The pizza was simply flawless. The crust was the standout element with a dough that was perfectly charred by the wood oven. I particularly love this quote from The New York Times in which Chef Bianco reveals his not-so-secret recipe:

”There’s no mystery to my pizza. Sicilian oregano, organic flour, San Marzano tomatoes, purified water, mozzarella I learned to make at Mike’s Deli in the Bronx, sea salt, fresh yeast cake and a little bit of yesterday’s dough. In the end great pizza, like anything else, is all about balance. It’s that simple.”

The pizza was simple but it’s certainly not as easy as he makes it sound. The tomato sauce was fresh, the mozzarella soft, creamy and melt-in-your-mouth delicious and the crust the perfect consistency of soft, chewy, crispy, airy and charred. (Even as I recap the experience I’m wondering, How do I get pizza like this in New York, stat?!)

The entire experience was a memorable one. In a city 2,000 miles from home I felt like I was in a familiar kitchen. Eating food that brings back feelings of nostalgia as if a family member made it for me, offering the type of hospitality you only get in the South. (Thanks, Dave!)

After reading more about Chef Bianco’s background, it only makes me appreciate the pizza and its origin even more. Chef Bianco was born in the Bronx, grew up in Westchester and at the age of 13 started making pizza. In 1985, he won two plane tickets to anywhere in the U.S. and settled on Phoenix then quickly decided never to leave. Fast forward to today and Pizzeria Bianco has been operating successfully for almost 21 years, making travelers and pizza-lovers like me very, very happy.

“Pizza inspires me, fascinates me and gives me hope,” Chef Bianco told The Times in his interview. Well I may not be a pizza maker, but I agree with his statement and I know another pizza maker who does too. His name is Jacques from South Brooklyn Pizza.