There are less than a handful of times I can think of when size is a factor when considering what to eat:

1. When you’re in an office full of people and you need a birthday party treat for a staff member without spending tons of money. Universal answer: Mini cupcakes.

2. When you’re completely hungover on a weekday and need a massive bacon, egg and cheese sandwich (and Gatorade, natch).

3. When something is comically large (or small) and you need evidence you ate it — or at least a photo with it to prove its scale.

My foray into JUMBO slice pizza fits the latter category. Washington D.C. is known for its exceptionally large slices and I had seen photos and heard about how massive they were but I never heard a defining quality beyond size. Still, it was enough to feed my curiosity.

This past weekend when I headed to D.C. I was intent on trying a jumbo slice. And unlike the usual crowds of young people that gather on a weekend evening post the bars closing, my boyfriend Harrison and I went at an off hour. At 2 p.m. on Saturday, Pizza Mart, which claims to have the “FIRST jumbo slice” only had a few stray visitors, all balking at the size of the pizza and wisely taking boxes to go knowing they couldn’t polish it off.

We ordered one cheese ($5.50) and one pepperoni ($6.50) and did our best to finish one each. We failed. The pizza slices conquered us both. The pizza was heated up in an electric oven, certainly not terribly fresh, and had a greasy sheen finish. It was intimidatingly large, bigger than my head, and as for taste it wasn’t anything standout. I’d liken it to a $1 slice joint in NYC but three, if not three-and-a-half times, the size! The crust was nothing special and the sauce was almost unidentifiable under the upper layer of cheese, cheese and more cheese. On that note, don’t even think about asking for a calorie count.

While I’d never recommend a jumbo slice to someone looking for quality pizza, it’s certainly good for an experience that leaves you with a shocking photo and bragging rights all around. Maybe you’ll even end up on the Instagram account You Did Not Eat That 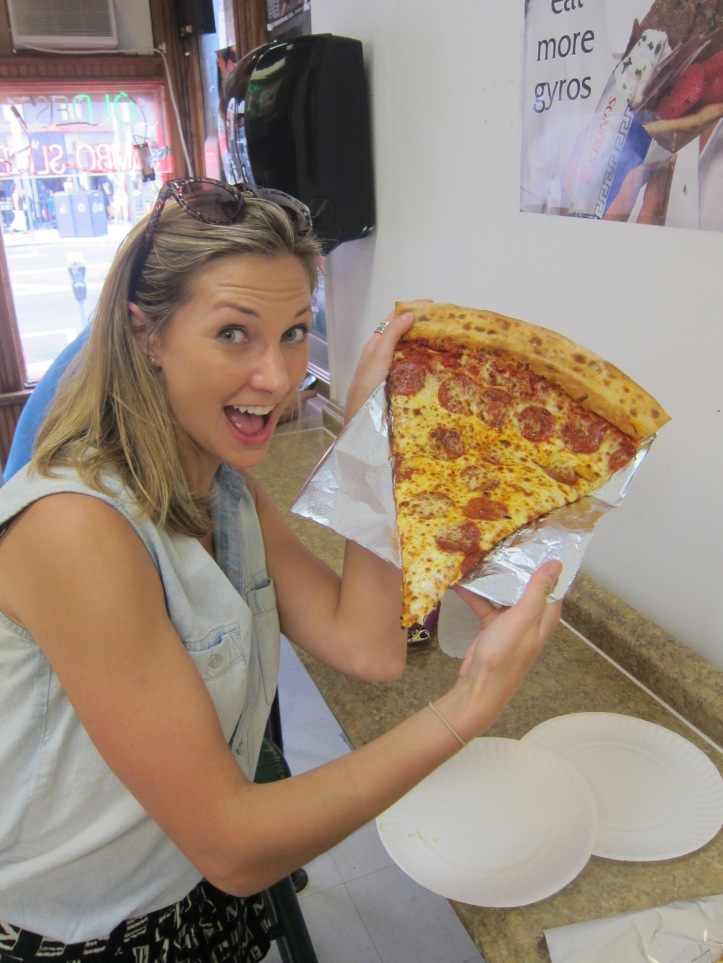 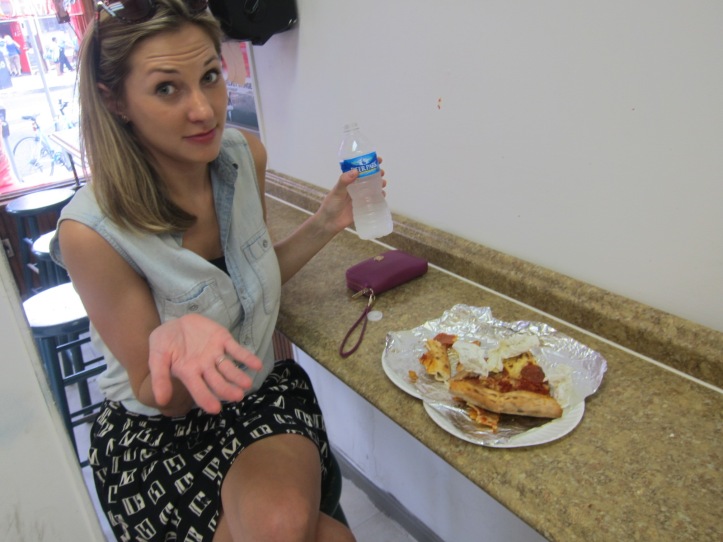