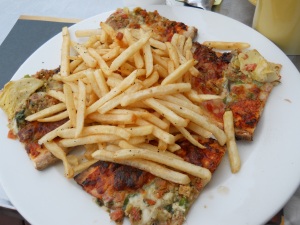 One would probably never expect to have delicious pizza in Montreal. Or at least, I never expected that. But settling down on a Sunday afternoon at a café overlooking the St. Lawrence River and Old Montreal, I was pleasantly surprised when my two cups of coffee were followed by the arrival of a pita pizza layered with cheese, vegetables and a red sauce that left my mouth watering for more. Odder, though, was the presentation of the pizza. You know you’re in French Canada when your pizza is nearly buried in “frites”. Although not the most healthy of platters, I’m certainly not complaining. I just brushed the frites aside as I devoured the thin, crisp pita crust and experienced a fusion of flavor the combination of vegetables including artichokes and tomatoes added. Although I sadly do not know the name of the café in which I had such a delicacy (there was not even a French sign), it was in the heart of Old Montreal and gave us a front row view of tourists, clowns and street performers. So, if ever you’re in Montreal, which I highly suggest you visit, don’t avoid sampling the pizza… et frites. 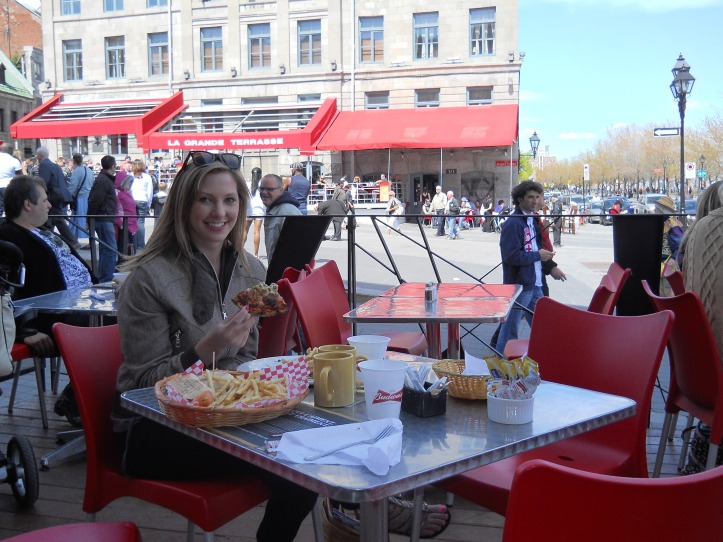